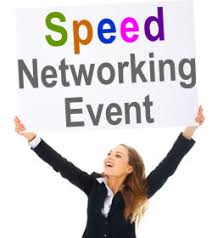 Dartmouth alumnaes have organized a speed networking get together for all Ivy alumnae and you are invited to join the fun on Novemer 12th!  The Dartmouth alumnaes have had such a fantastic time getting to know each other at their past speed networking events, they decided to get the other Ivy women in Houston into the act!   You are invited for several rounds of speed networking--think speed-dating but for connecting with fascinating women you might not otherwise have met!   Share this invitation with other Ivy women in Houston or Ivy women who might be in town vitising on November 12th.  Your $10 registration fee covers the cost of the event and your first drink.